Afternoon Tea at the Bull’s Head in Chislehurst

What better way to spend a Saturday afternoon than stuffing your face with yummy food? Last weekend my sister and I headed up to Chislehurst to check out the newly refurbished Bull’s Head pub. They’ve given their interior a brand new look and added their gorgeous English tea room complete with patterned tiled floor, tea cup light fittings and oodles of light flooding in through the glass roof.

The pub also has B&B rooms and a function room. There was an event on when we visited, which made parking in the car park impossible. After a little bit of fun trying to get back out again we found a nice space just a couple of minute’s walk away in front of the church.

It wasn’t too long before the food came and we got stuck in straight away. The menu says ‘artisan bread’. I’m not sure what makes the bread artisan but the sandwiches were very tasty and didn’t last very long as we wolfed them down. Our afternoon tea was at 3pm and all I’d had to eat all day was a bowl of cereal in the morning because I didn’t want anything to spoil this experience.

I felt I should have a break before moving onto the tiny cakes but that was never going to happen. We both eagerly tucked in and enjoyed every last morsel. My favourite was this cute cube that looks a bit like a custard with a sponge layer at the bottom. I don’t know what it was but the coloured bits inside tasted amazing! So fruity.

The other cakes were a sponge topped with jam and coconut, my first macaron, a chocolate tart with a fruit filling topped with chocolate ganache, and a fruit tart. All were delicious. The last layer was the scones, cream and jam. These beat us. I don’t know if it was the fact that we tackled the scones last but I wasn’t that keen on them. They seemed a little dry and there could have been more cream and jam but that’s because I love mine slathered in both! Had we not been so full I’m sure we could have asked for a little more.

Overall, we both really enjoyed our afternoon tea at the Bull’s Head in Chislehurst. It made a nice change and it was a lovely place to spend some girly time. I’d recommend the Bull’s Head as it’s the ideal place to linger while having a good natter. At £15pp for the traditional afternoon tea option, it’s not cheap so it would be ideal for a special occasion or treat.

I had to get a photo of the refurbished restaurant as it’s gorgeous.

Many thanks to the Bull’s Head and Roche Communications for providing my sister and I with a complimentary afternoon tea for review purposes.

A Weekend Wander in Wye 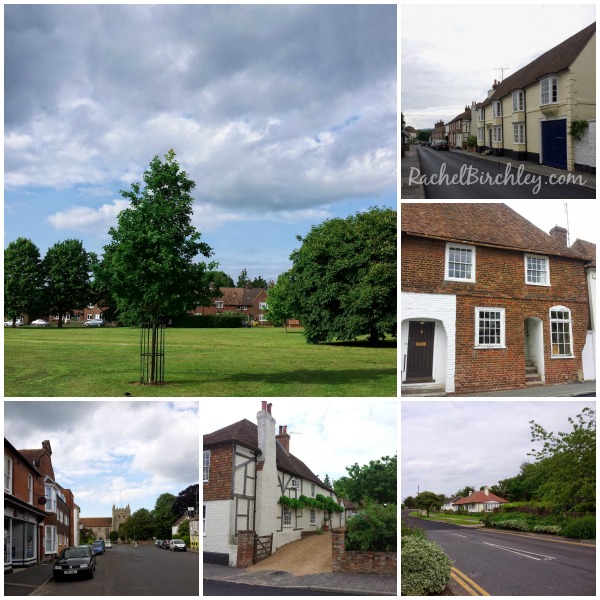 Apologies, posts have been a bit sporadic lately. After doing Blog Every Day in May for three and a half weeks, I felt like having a little bit of a rest. Posting everyday is pretty demanding! From BEDM, I learnt that it’s great to have a schedule and the topic prompts really gave me something to work with.

So I’m going to start working out a plan to keep me in posts for weeks to come. Not sure when though since it’s the Folkestone Airshow this weekend and hubby’s taking me out for Sunday lunch!

How gorgeous was the weather last weekend?

Last weekend, we took advantage of the lovely weather and went for a little jaunt over to a very pretty village not too far from us. Wye is about 4 miles outside of Ashford in Kent and it’s so lovely. I’d never been there before but I’ve always had this feeling that I’d want to live there. And I do! As soon as we got there I felt instantly at home.

We parked the car in the main street and went for a little wander around the village. Not forgetting to visit the pub of course, which is called The Tickled Trout! It’s not the only pub in the village, there are another two, but this is the only one that’s situated right next to the river with a gorgeous beer garden where you can enjoy a drink with the river flowing by. 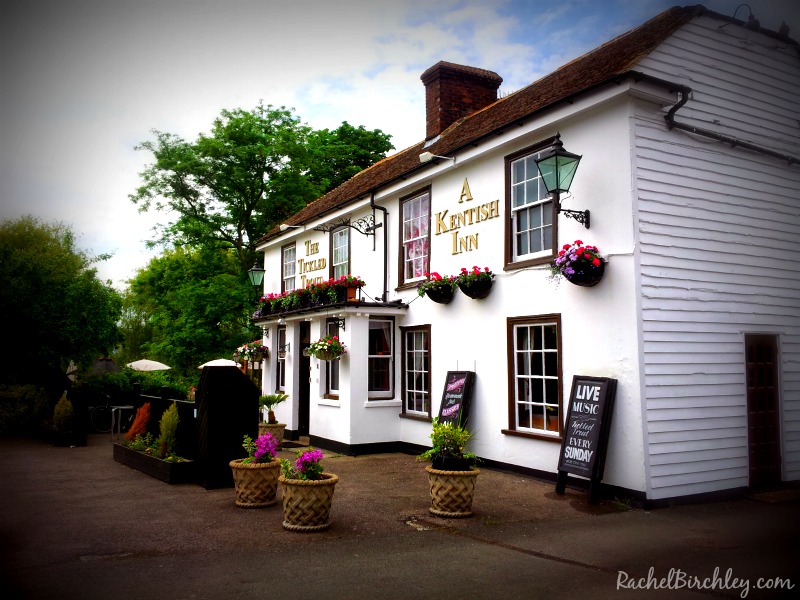 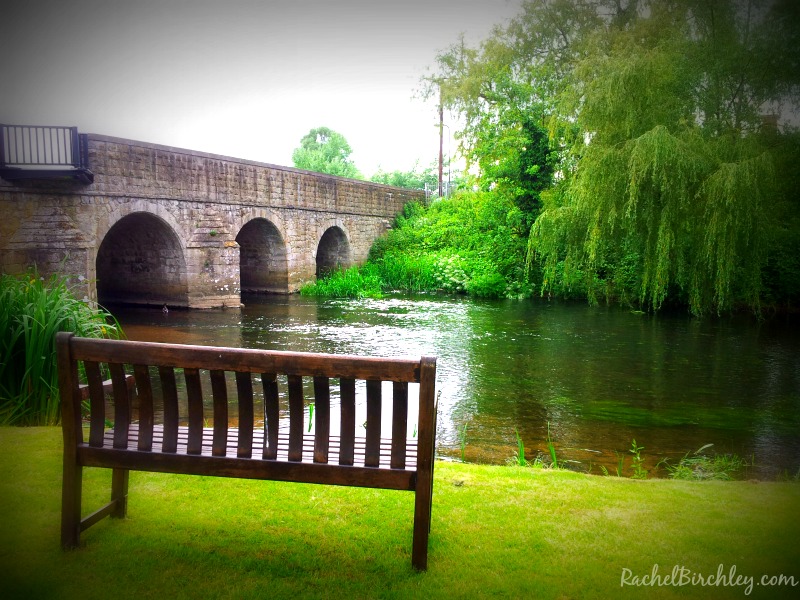 This photo makes it look like we had the pub beer garden to ourselves. That was definitely not the case! 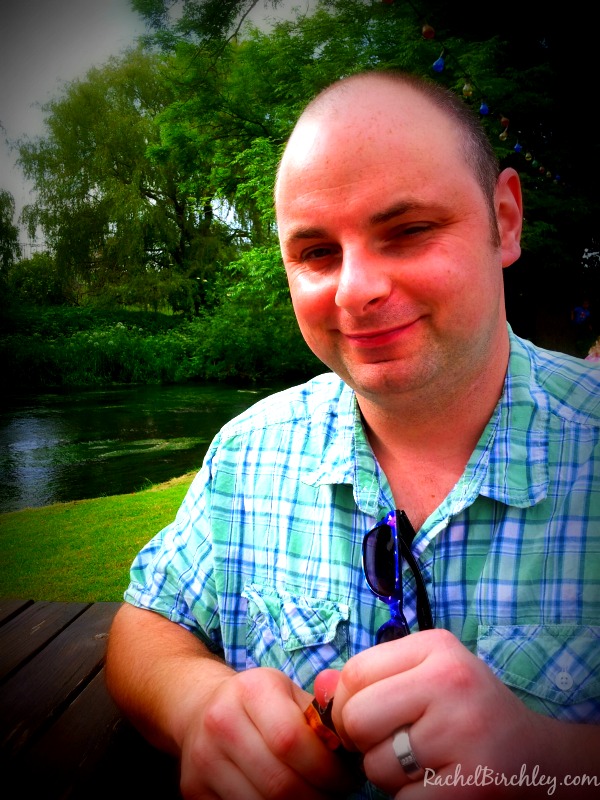 The village is lined with gorgeous cottages and matching cottage gardens bursting with colour. How I’d love to transform our patch of pavement at the front of our house, which is home to the wheelie bins and a lonely, straggly dandelion, into a quaint cottage garden. Not likely!

Apparently, it’s quite normal that I should want to live there. Wye was named third best place to live in the UK by the Sunday Times in 2013, or something along those lines according to the 100% accurate source of information that is Wikipedia. 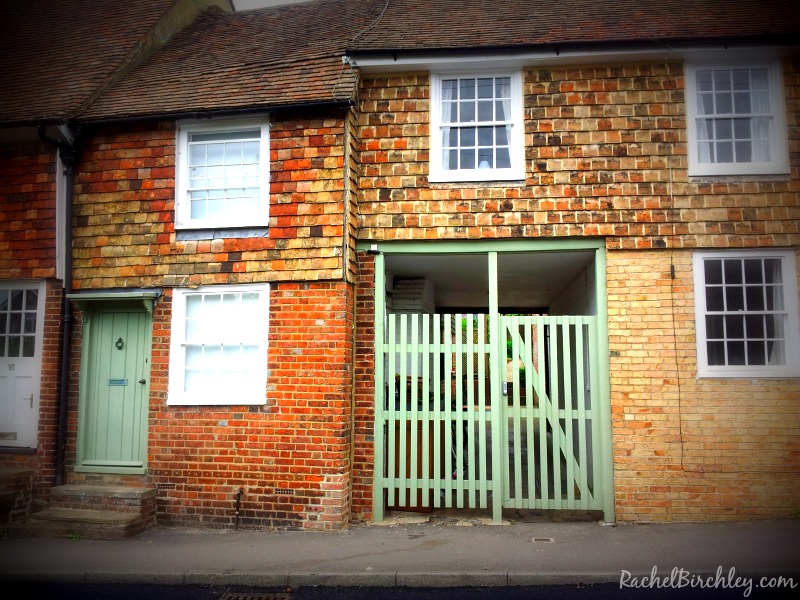 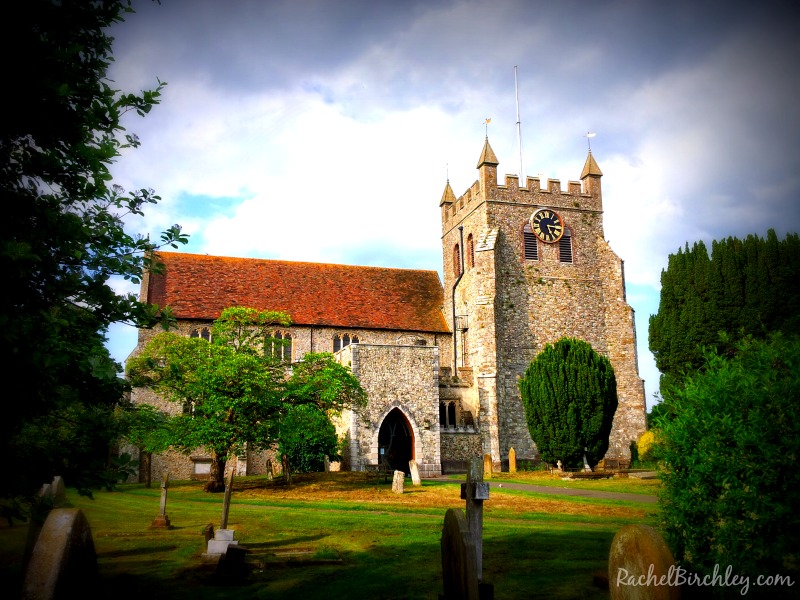 There’s even a primary school (not needed just yet but handy to plan ahead) and one of those much-debated ‘free schools’ for secondary aged kids. The main street houses a butchers, post office, bakery and other little independent shops.

Strolling down the streets late on a Saturday afternoon we hardly saw another soul and traffic was minimal. It was pure bliss. Worlds away from our house with the trains running past, cars revving, and sirens blaring down the main road.

Pretending I can move house, just another average day…

Sitting in the pub garden (which seemed to be where everyone was hiding) we even checked Rightmove to choose a house! Turns out we might be able to afford to live there one day – only renting mind. £200,000 for an ickle two-bed cottage. But we’ve pretty much resigned ourselves to the fact that we won’t be able to afford to buy a house for the foreseeable future. Now which political party were talking about rent control?…

As I mentioned above, this weekend heralds the return of the Folkestone Airshow. It used to be an annual event until about 2001, 2002? Not sure. Anyhoo, they cancelled it until 2012 when it came back with a vengeance. The town was rammed. They tried to organise another one for 2013 but couldn’t get the funding sorted in time but we still got the Red Arrows. Seems like they’re non-refundable. A bit like knickers from Primark!

So we won’t dare move the car on Saturday as someone will nick our spot and we won’t be able to park in the town let alone outside our house! Fingers crossed it doesn’t rain and we can take our folding chairs down to The Leas to watch the action.

What are you planning for this weekend?