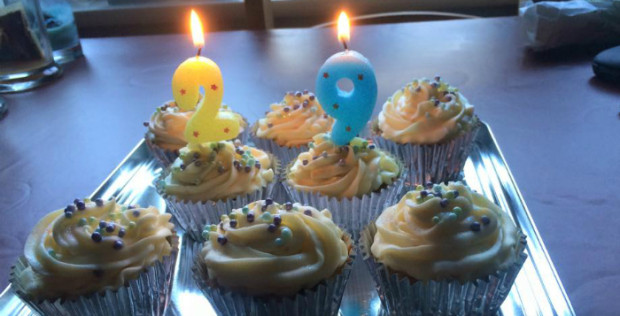 Last weekend was hubby’s birthday. He turned 29, so he’s caught up with me for a while! He likes to joke that I’m a cougar, but I don’t think it counts if you’re only three months older! Since his birthday was on the Friday I took the day off work so we could spend the day together.

As it turns out we didn’t really do too much. I had my last counselling session in the morning and then we popped over to his parents so he could blow the candles out on his cakes. I thought it would be a bit weird if we did that at home, just the two of us!

The cupcakes I baked were amazing. I followed a recipe for Cosmopolitan Cupcakes from Peggy Porschen’s Boutique Baking book. They were orange flavour with boozy cranberries and copious amounts of Cointreau. Not the manliest birthday cakes ever, but they went down very well.

In the evening, we joined my sister and our friends for a birthday meal at a new burger place that has recently opened in Folkestone. Big Boys Fine Burger Company has taken over a building in the Old High Street and it’s a good job we booked because it was packed! 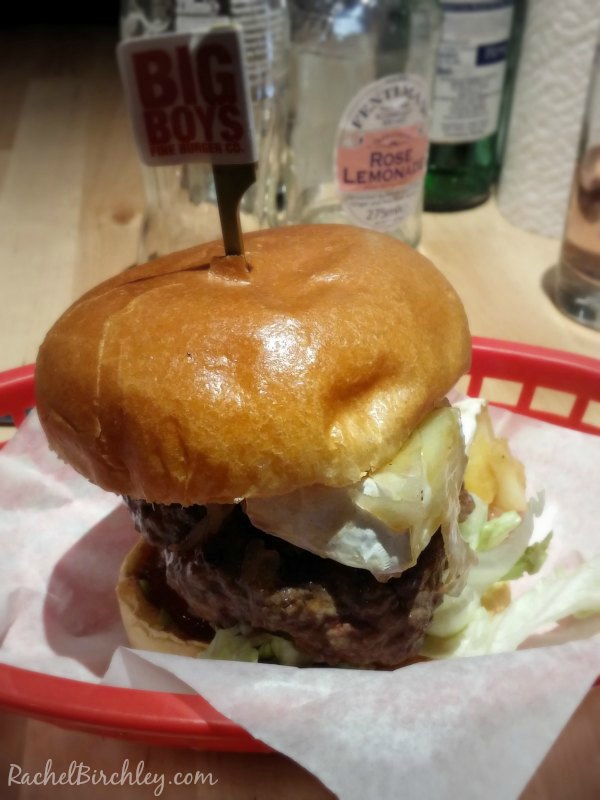 This was my choice of burger, Le Garçon Français. It was a 6 oz beef patty with bacon, huge chunks of brie, lettuce and wholegrain mustard in a brioche bun. C’etait delicieux! Sis opted for El Chico Mexicano, which had guacamole, tortillas and chipotle ketchup in, one of our friends had the BBFC Mother Clucker, a burger with fried chicken in it too, and the three boys each chose the signature Fat Boy. Beef patty, pulled pork, bacon, cheese, lettuce and tomato.  Epic. 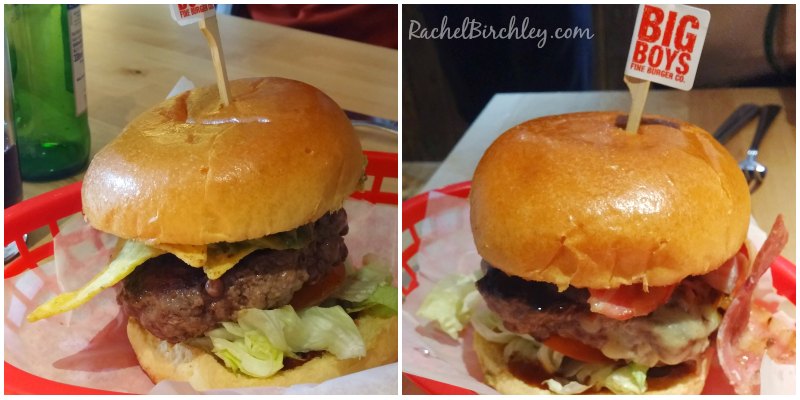 It was an awesome meal and I was so stuffed but determined to give one of their milkshakes a go. Having told everyone at work that I didn’t like milkshake (forgetting that I’d previously happily supped a KFC Crushem) I realised that actually I love milkshake! But only ones without fake flavours. This one was rather special. Behold, the Bakewell tart milkshake… 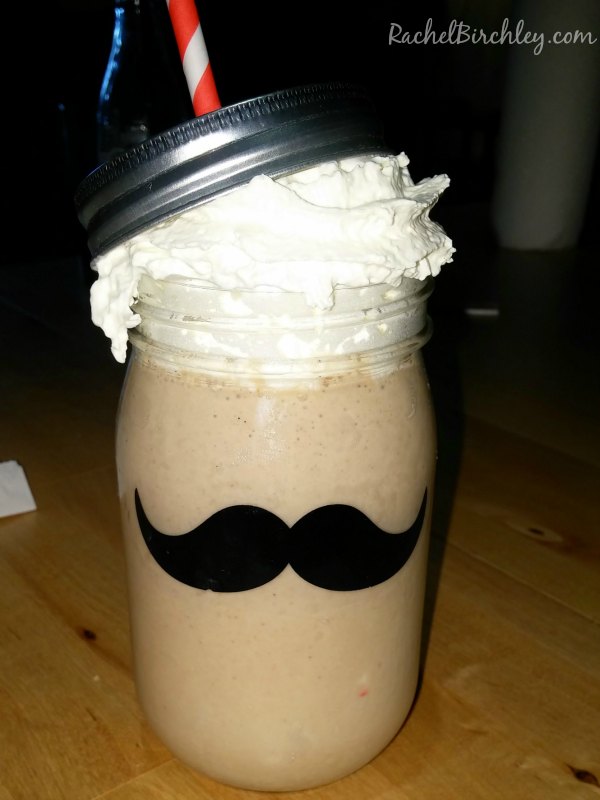 From this point I decided that all desserts should actually be liquidised. They’re so much easier to consume! We finished the night with a drink at Wetherspoon’s and were home in bed by 11 pm. It’s a crazy life we oldies lead!

On Saturday we drove over to Canterbury to visit The Beaney House of Art and Knowledge where they’ve just opened a new temporary exhibition about Enid Blyton. Celebrating her life and works, Mystery, Magic and Midnight Feasts is a wonderful gallery filled with transcripts, illustrations, diaries and even the author’s old typewriter.

I grew up with Enid Blyton, from watching and reading Noddy, to sharing the Famous Five’s adventures and wishing I went to boarding school so I could have midnight feasts and play lacrosse. The exhibition brought back lots of memories, and it was great to see that young children today are still enjoying her books. My only regret is that I’m too big to go down the slide and wear the dressing up outfits!

Unfortunately, there was no photography allowed inside the exhibition so I’ve borrowed the below picture from the Beaney’s Facebook page.

Thank you to Annabelle at Canterbury Museums and Galleries for inviting me along.

We’d booked a table at Pizza Express for lunch but had time to kill so found ourselves in Costa. I also did a little bit of shopping, purchasing a new lanyard for my work pass from Cath Kidston, and of course I had to pop into Lush and grab a unicorn horn bubble bar (because I’d seen them all over the internet and wanted one!) and some solid toothpaste tablet thingys because I thought they’d be handy for when I fly to France in the summer as I’m going hand luggage only. They’re rose flavour so that’ll be interesting! 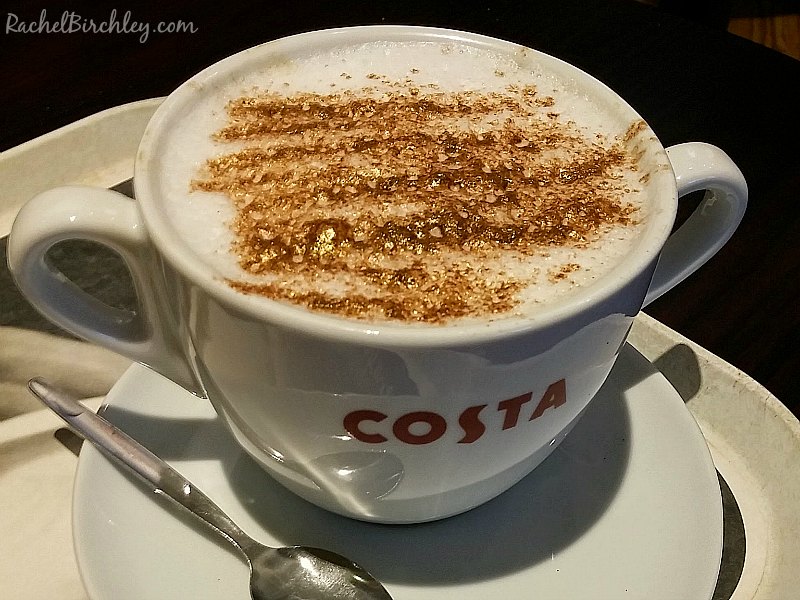 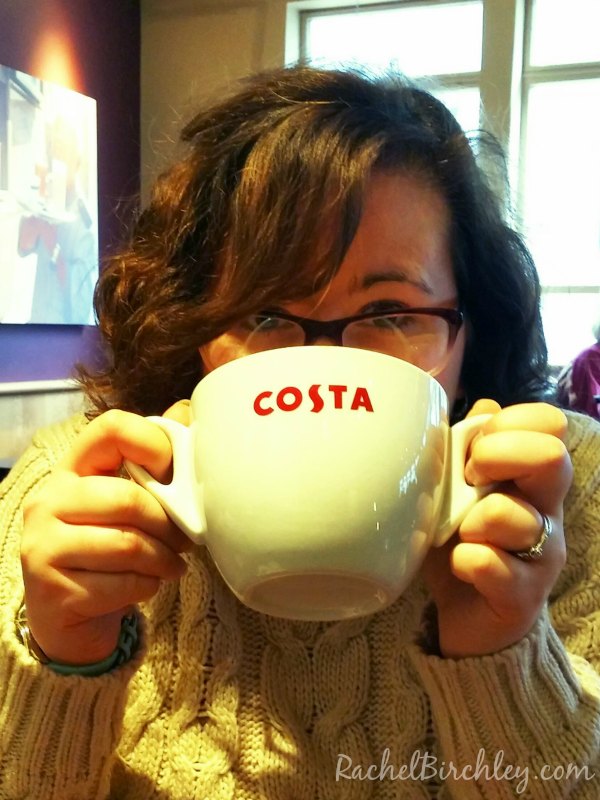 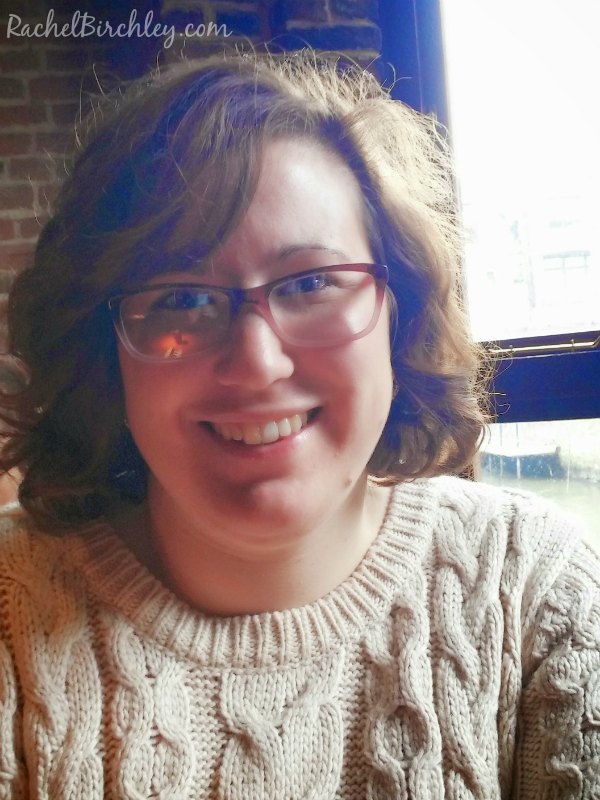 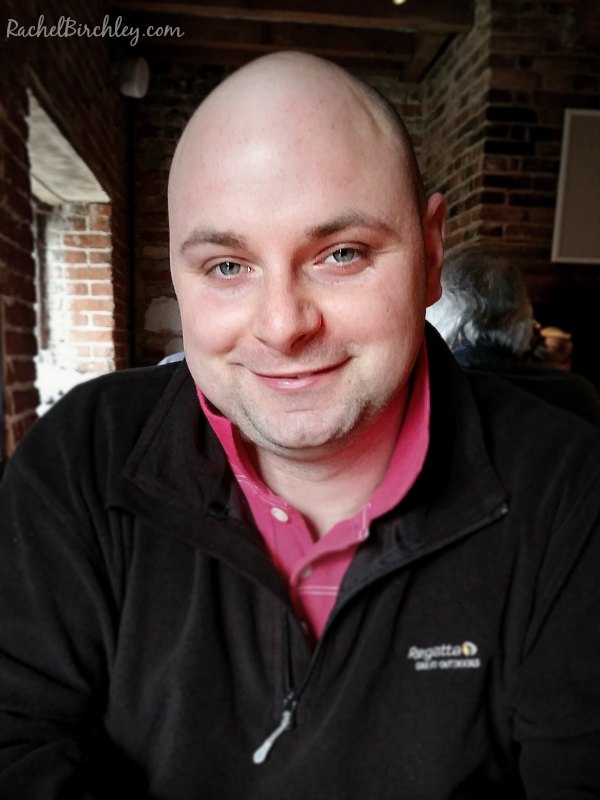 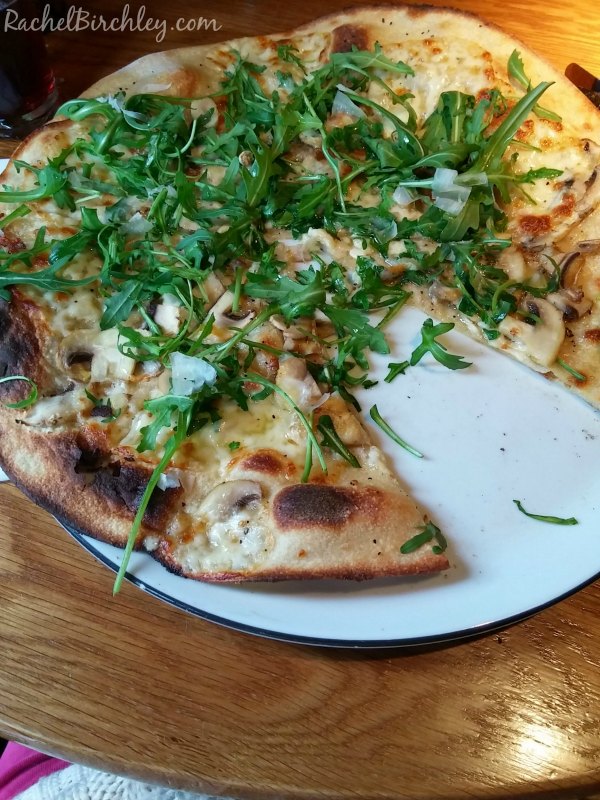 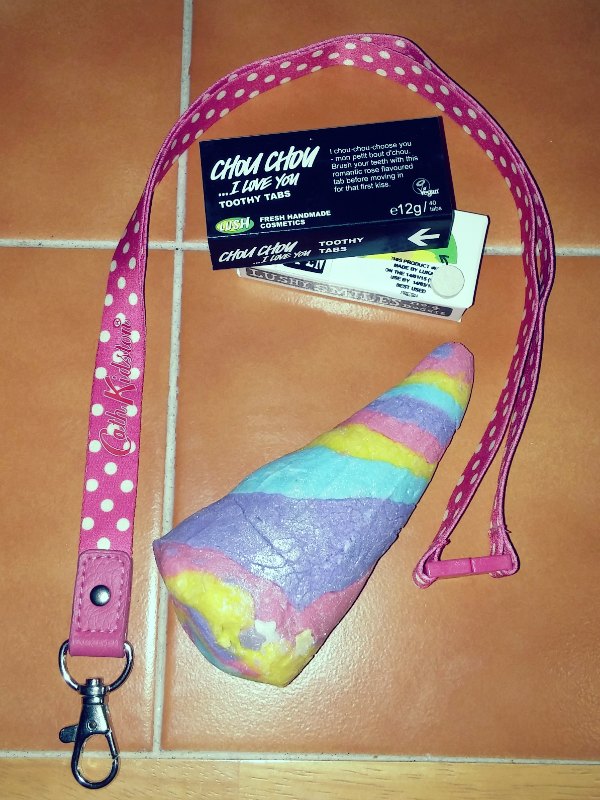 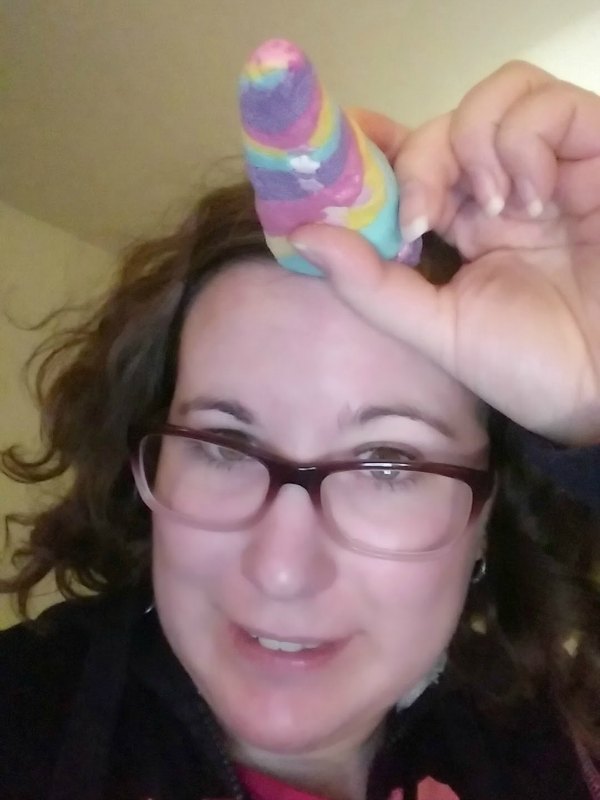 A lazy day for me but hubby went to help his friend give his car a good scrub and polish up. They then both came back for dinner, which was just an easy all in one pan roast chicken pieces with vegetables.

We also watched the BluRay of The Equalizer that I bought hubby for his birthday, which was a pretty good film if a little gory in parts, before watching Top Gear. I made up for all the testosterone by watching Call the Midwife afterwards!

So that’s pretty much my weekend! Hubby had a good birthday now I need to decide what I want for my birthday (my 30th’s in October – eek!) and start dropping some not-so-subtle hints!

What would you want for your 30th birthday? Tell me in the comments below! 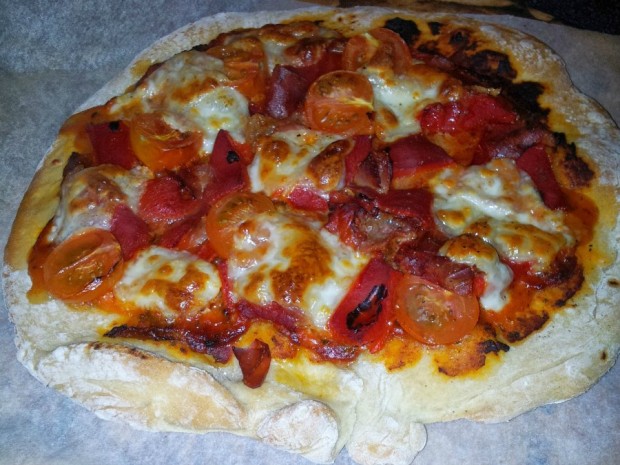 I LOVE pizza! But the problem with shop-bought or takeway pizza is that it’s normally covered in cheese and/or olive oil. Now don’t get me wrong, I love cheese too! But I’m trying to lose weight so that’s hardly ideal. There is cheese on this healthy pizza but it’s reduced fat mozzarella.

This recipe is really easy and there’s a definite satisfaction of making your own.

Serve with a fresh green salad.

This recipe is enough to feed four if you serve the pizza with lots of salad and perhaps some garlic bread, but really it’s best for two!

The best thing about homemade pizza is that you can top it with what you like. Sweetcorn, mushrooms, pineapple – whatever floats your boat. It’s also not your normal ‘diet food’ so hubby will happily eat it too! This pizza still feels like a treat and it tastes amazing.

Do you make your own pizza? What’s your favourite topping?