Walk from Walmer to Kingsdown, Kent 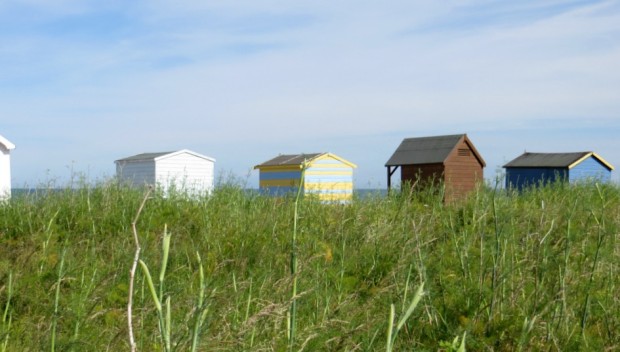 As today was such a lovely day I was determined to get out of the house. So we left the washing up on the side and the bathrooms dirty and got in the car.

I wanted hubby to see Kingsdown because it’s so pretty. I’d never been there until we walked through it on one of our Yorkshire Three Peaks preparation walks. We parked up in Walmer near the bandstand. The Gurkha band were playing and the green was packed with people sitting and enjoying the music.

We grabbed some chips from the chippie and started walking towards the sea. All along the front there’s a level path for pedestrians and a cycle path. There were loads of families out on bikes, which was lovely to see. As you start to leave Walmer the grass disappears and the wild flowers take over.

Walmer is a quiet seaside town 6 miles north of Dover. You’d think nothing much happens here but a quick look on Wikipedia reveals that Caesar’s legions landed upon Walmer beach in 55BC and the castle was built on Henry VIII’s orders when he feared a backlash from Rome after his falling out with the Pope. The castle is in the south of the town and still standing; it’s now owned by English Heritage and open to visitors. You can see the castle from the coastal path. 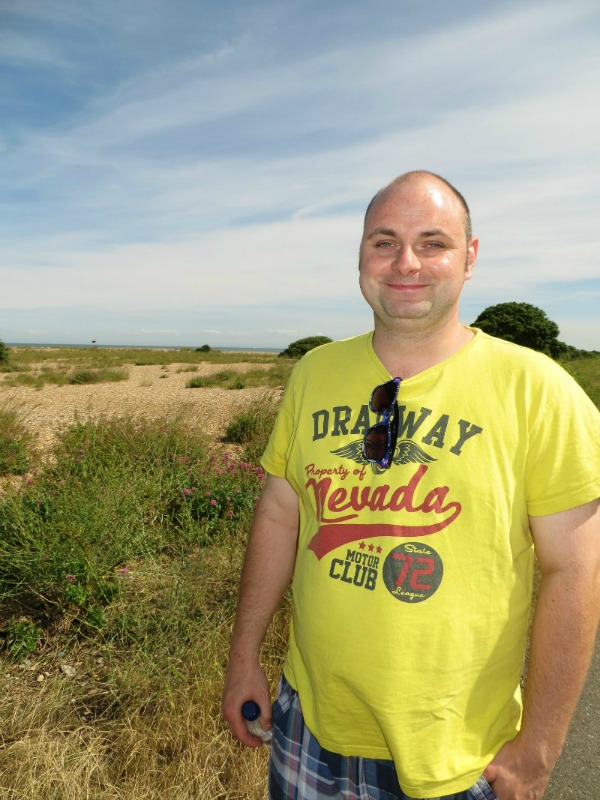 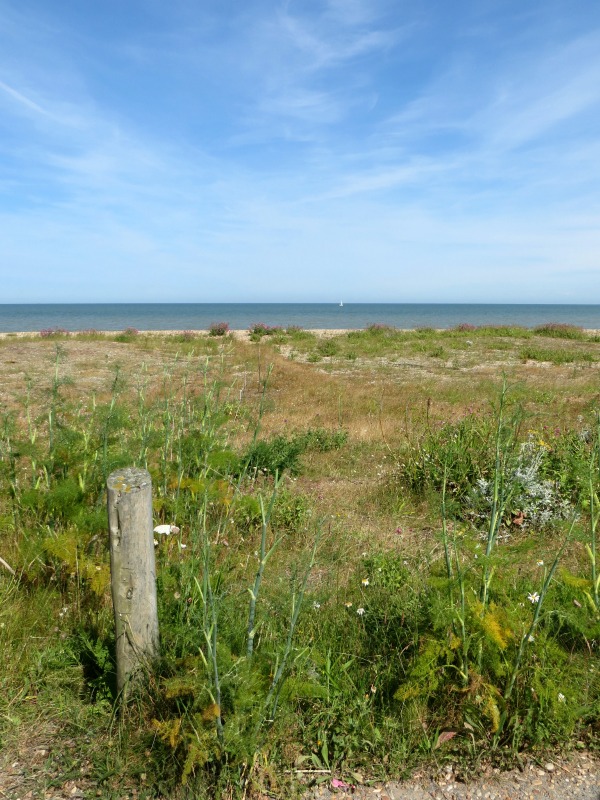 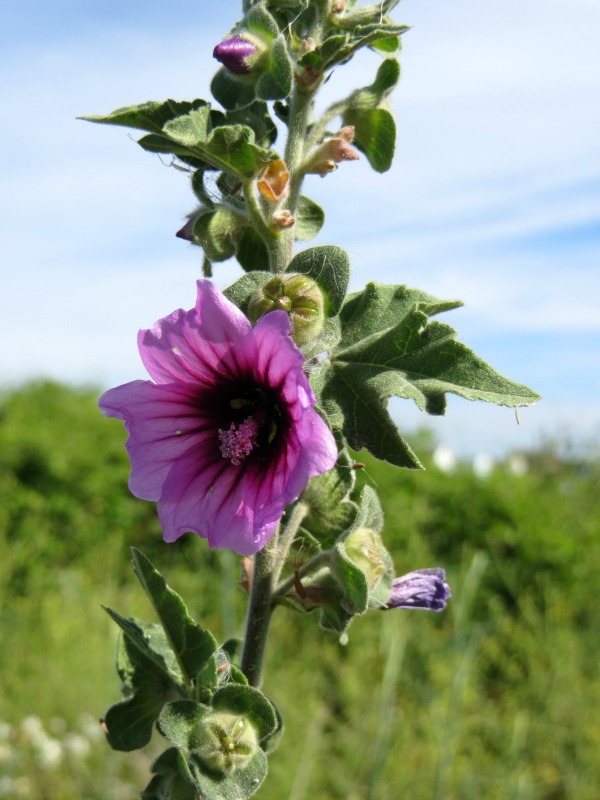 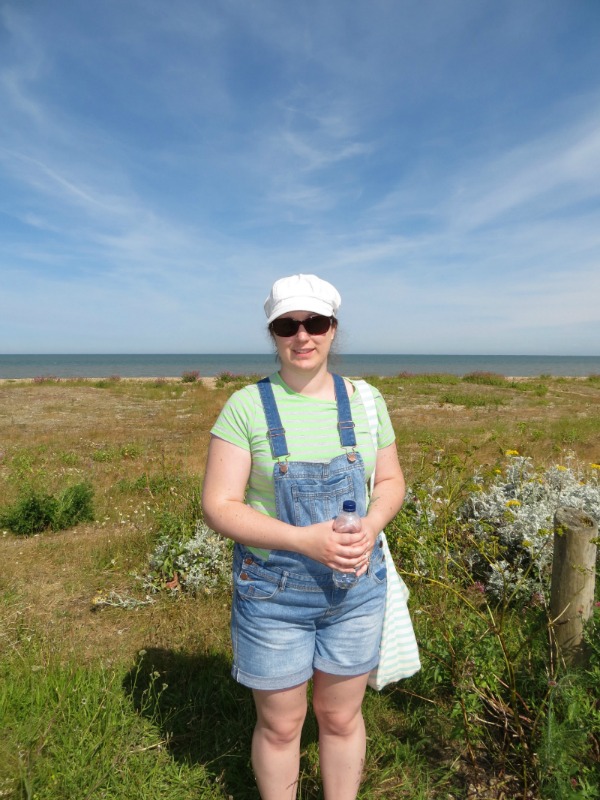 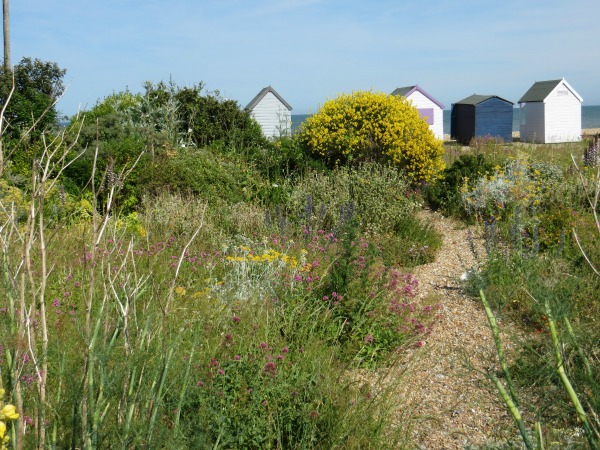 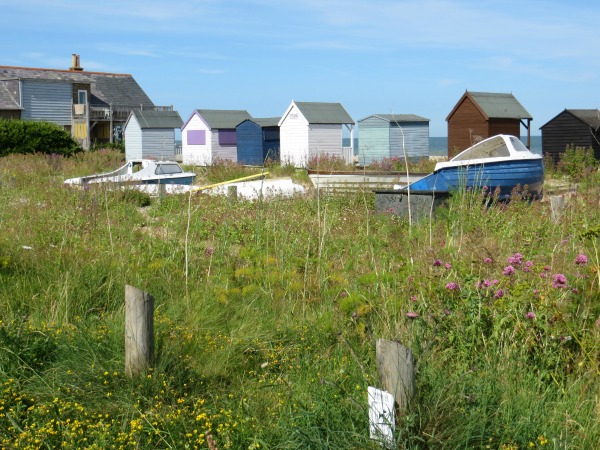 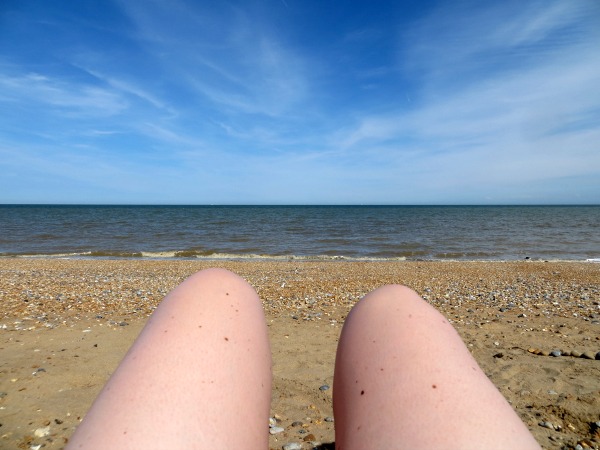 You know you’re arriving in Kingsdown as the houses pop up along the beachfront road. There’s a real mishmash of buildings from cute little bungalows to modernist edifices. Whatever the house looks like, it’s sure to be worth a fortune due to location alone. Right on the beach, at the end of the main road from the village is the pub, The Zetland Arms, named after a lugger that ran aground up the coast at the end of the 19th century.

Passing the pub, we went straight onto the beach where hubby skimmed stones. I can’t do that, I obviously don’t have the technique. My stones just splosh straight into the water. After a few minutes of sitting on the beach we set back on the path towards Walmer, stopping at the pub for a quick drink before we left. Hubby was disappointed that we had to walk back the same way we’d come but I didn’t know how else to get back so that was what we did.
The walk back to the car was much quicker, probably because I didn’t keep stopping to take photographs!

The distance from Walmer bandstand to Kingsdown is 2 miles. It’s a really easy walk along a beautiful stretch of coastline. The path forms part of the Saxon Shore Way, a long distance (160 miles) footpath that winds its way along the coast from Hastings in East Sussex to Gravesend on the Thames estuary.

How was your weekend? Did you make the most of the gorgeous weather?