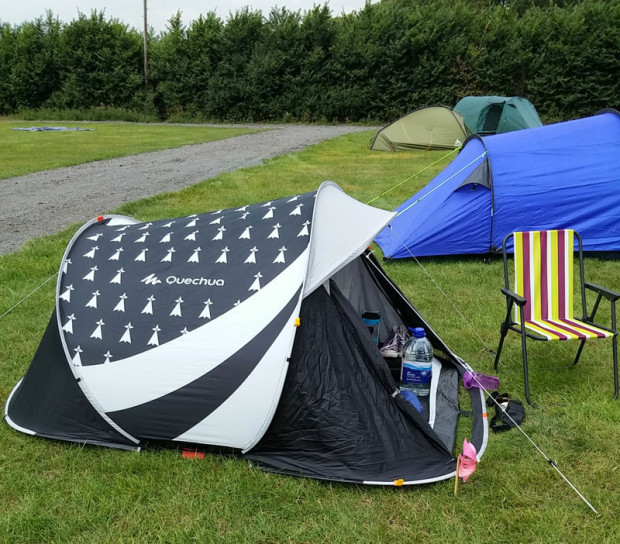 First off, I just want to let you know that I bought this tent with my own money. This is not a sponsored post.

When I bought my ticket for Blogstock, I did so thinking I had a tent I could use. However, it turns out this tent was mouldy! Last time I used the tent (in 2009!) we had to put it down in the rain and must not have aired it. Oops!

So a new tent was on the agenda.

Since I was going to Blogstock alone, I decided that I wanted a pop up tent because it would be the easiest to pitch solo. The only problem was that most pop up tents don’t seem to have a very good write up. Most are marketed at festival tents and are single skin. This means that many of the reviews tell you they leak when it rains.

Now if you ask me, a tent that lets the water in isn’t really doing its job. If I’m camping in the rain, which let’s be honest is pretty likely in the UK, I want to stay dry.

I did quite a lot of research on which tent to buy and these Easy tents from Quechua have been recommended on forums and such. Plus, this one came in a funky Breton flag design so I had to have it! My parents live in Brittany, so it seems pretty fitting. And who wants a boring tent anyway? Especially for a festival. 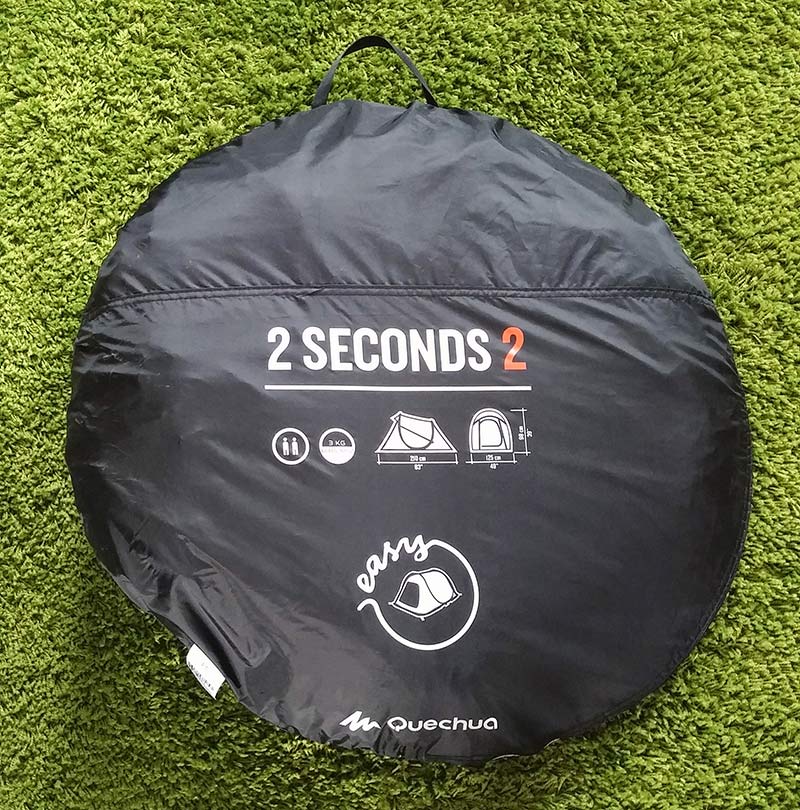 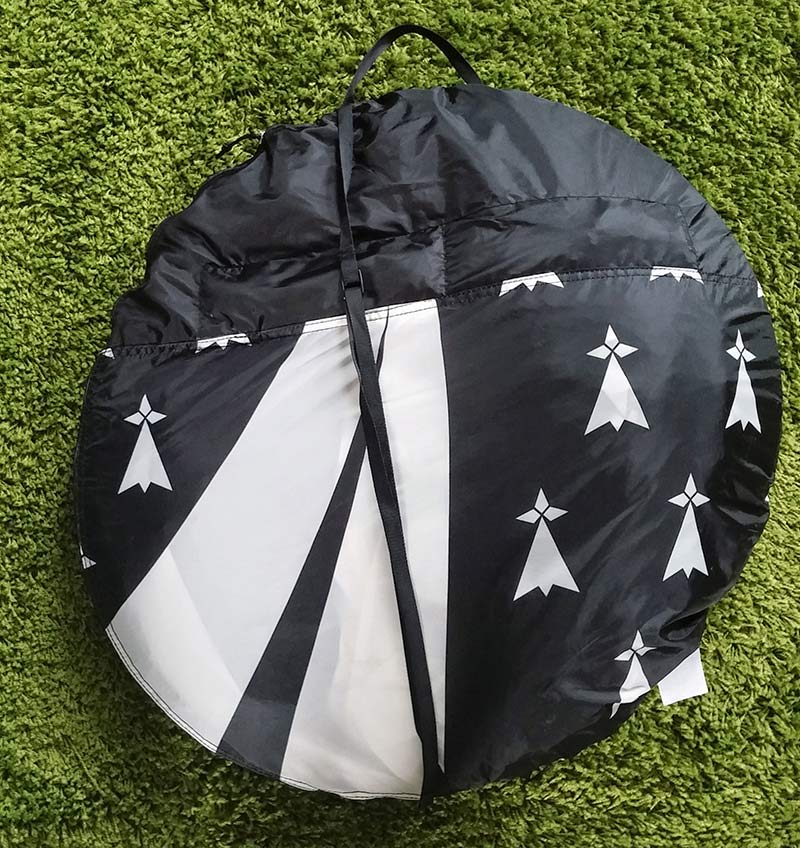 The Quechua Easy 2 comes in a round bag with a handy carry handle. One side’s plain and on the other you get an idea of the pattern featured on the tent itself. Some of these tents I’ve seen advertised for sale on eBay had rucksack style straps on. I was a little disappointed that this tent doesn’t but it’s not really a problem.

The guy ropes might not be necessary if it’s not windy. But when I pitched up at Blogstock it was a little breezy so opted for them. The pegs and guy lines live in clever little pockets within the fabric of the tent bag. The guy ropes aren’t attached so you do need to tie them on, but this is a one time job really. 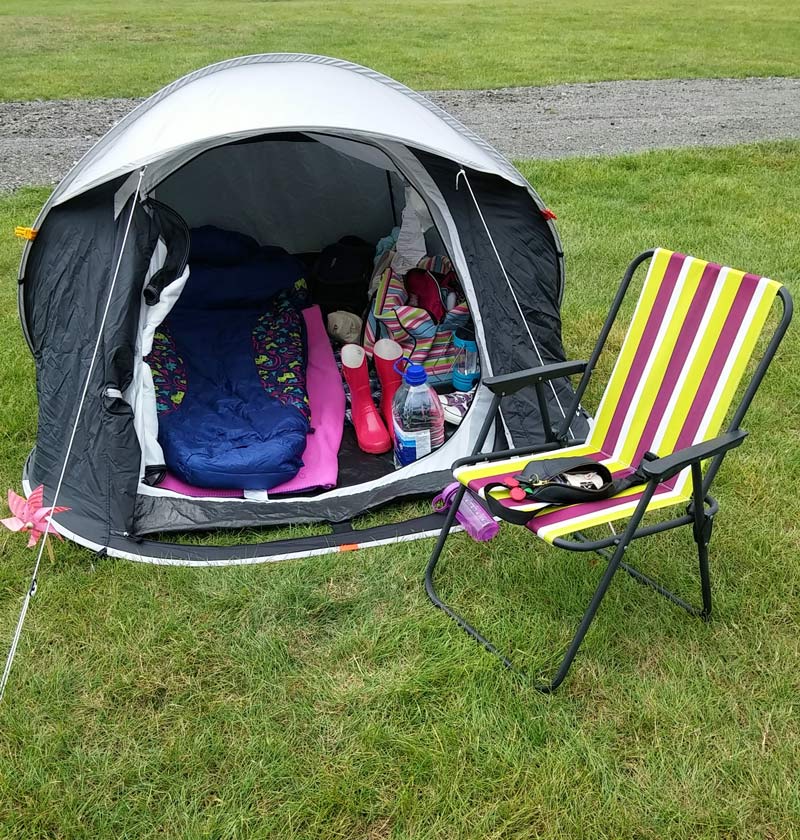 Inside, the tent is really only big enough for one person unless you don’t have any stuff. I knew this before buying so was really happy with the size. The inner tent is only about 4 feet wide. There are two handy pockets, one each side, ideal for torches, glasses, etc. and a hook at the back where I hung my lantern. 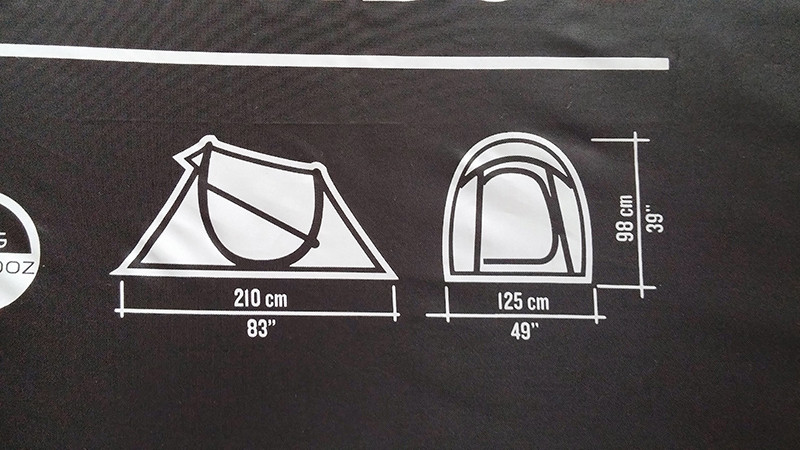 As you can see, I brought quite a lot of stuff and the tent was pretty cosy. But I liked it. I put a picnic blanket down to act as a carpet, which was a really nice touch. I was warm and cosy even when it was pissing it down with rain outside.

Putting down pop up tents is notoriously difficult. However, the easy system makes putting down the Quechua Easy 2 a piece of cake. There are instructions stitched into the bag so you can’t lose them and they’re simple to follow. Putting the tent down in torrential rain was a little less fun but it was still quite easy.

Overall, I’m really pleased with my purchase. I think that £50 for a decent double-skin tent is pretty good. We’ll probably use the tent for weekends away when we just want to throw our stuff in the car and go on a whim.

There’d be room for both hubby and I to sleep in the tent (probably not with air beds though) but we’d have to keep our stuff in the car. For an overnight stay, this wouldn’t be an issue.

The next time we go camping, we’re going to be staying 6 nights in Cumbria. So the Quechua won’t be coming with us. It’ll be my trusty Easycamp Boston 400. It takes forever to pitch but has two bedrooms and a living area, so it’s much more suitable for a week’s holiday.

What’s your experience of pop up tents?

0
Blogstock 2014: Camping, Blogging, Rain and Rum
A Walk in the Woods and Back in Time