Off the Beaten Track in Monument Valley 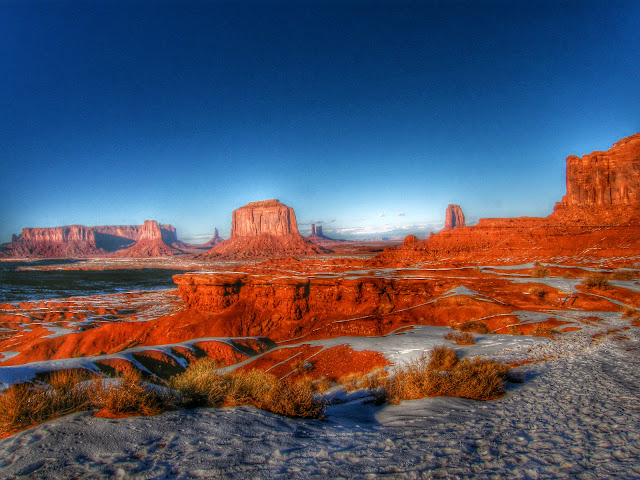 Monument Valley is instantly recognisable across the globe as it’s a setting for hundreds of films, television shows and even computer games.

Part of the Navajo Nation, Monument Valley straddles Arizona and Utah in the sun-drenched South West USA.  It is only possible to tour the area off the main trail with a Navajo guide.  Visitors paying the $5 entry fee can take a 17 mile scenic drive to take in the main sights.  From the visitor centre you can choose to take a private or group tour with a number of operators, all Navajo. 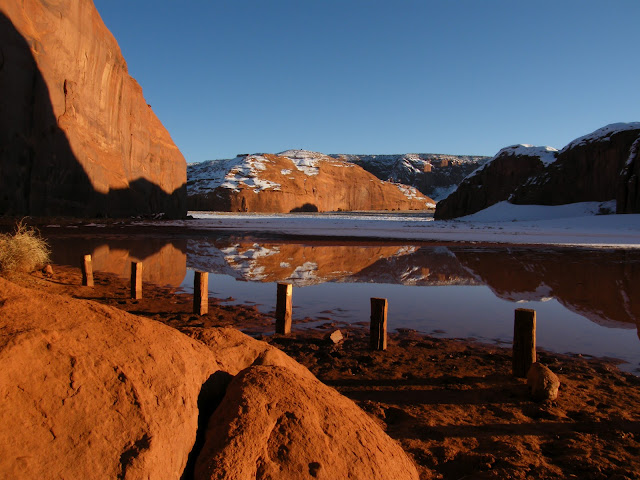 Monument Valley was on the itinerary of my Trek America tour that I took in January 2008.  We arrived at the visitor centre mid afternoon and transferred from our minivan in to the van belonging to Simpson’s Trailhandler Tours.  Our guide was the highly animated Jamie.  As he drove us round the valley we were entertained by his singing and Woody the Woodpecker-esque laugh!  The tour took in a number of buttes, spires and messas.  At each stop Jamie explained the Navajo legend behind the creation of each geological feature. 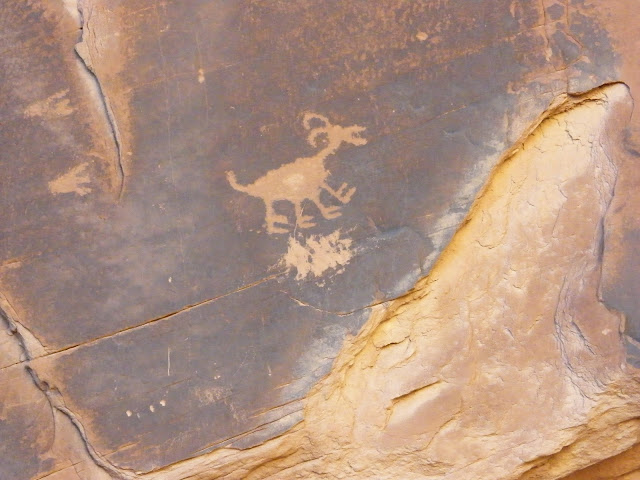 One of the highlights of the tour was a visit to a natural auditorium where we all laid on a rock shelf and Jamie played his flute.  It was such a spiritual and relaxing experience.  There was a hole in the rock above us so I can only imagine what it would have been like a night, gazing up at the stars.  I felt like I could have fallen asleep just there.  One of the group members said that he felt like his soul had been cleansed. 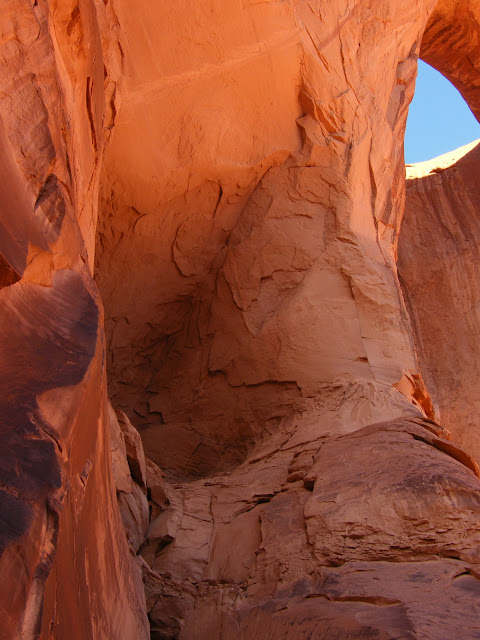 We spent the night on the valley floor in a hogan.  After dinner we all sat round the campfire while we were regaled with stories of the Navajo culture and history.  It was beautiful.  Unfortunately, it was also freezing! As soon as the presentation was over we all got up from our benches around the fire and turned around so we could regain some feeling in our backs!  Alcohol is prohibited from the Navajo land so I was drinking Powerade.  It was so cold that my drink actually started to freeze and before we went to bed it started snowing. 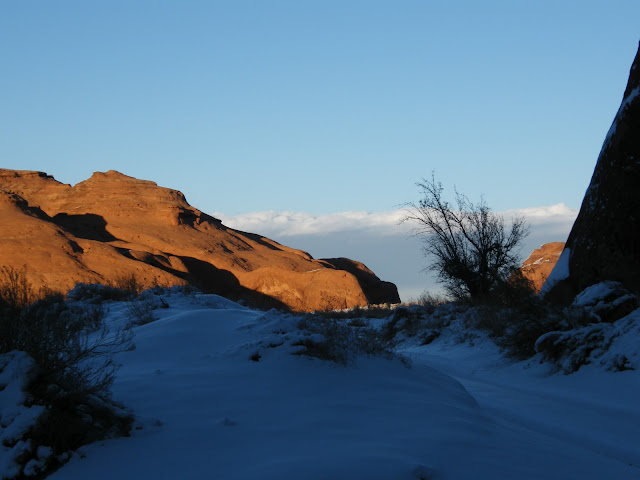 In the hogan it was toasty warm as there was a roaring fire going in the stove in the centre.  Having been so cold outside I chose a spot behind the stove, which turned out to be an epic fail!  I thought I was going to melt until I woke up at about 3am when the fire had gone out and suddenly it was freezing!  For some reason I failed to take any photos of the hogan, another epic fail.

Before breakfast we were woken early to see the sunrise over the valley.  It was breathtakingly beautiful. 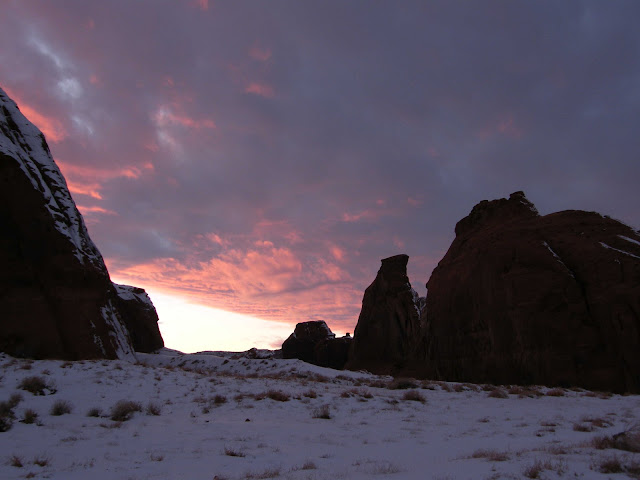 The tour and overnight stay in the hogan was included in the price of my tour.  There are other accommodation options.  Inside the park, there is new hotel built in 2008 by the Navajo called The View.  Rooms are available from £109 per night excluding tax.  Which bearing in mind the outstanding views from each room, isn’t bad at all especially since it’s probably just a one night stay that most people will be looking for.  The other options are all outside the park itself but there are lodges, hotels and campsites available to suit most budgets.

You definitely need a car to visit Monument Valley as it’s a long way from anywhere really.  We did the drive from Springdale in Zion National Park in half a day.  The following day we drove to the Grand Canyon, which took about half a day. 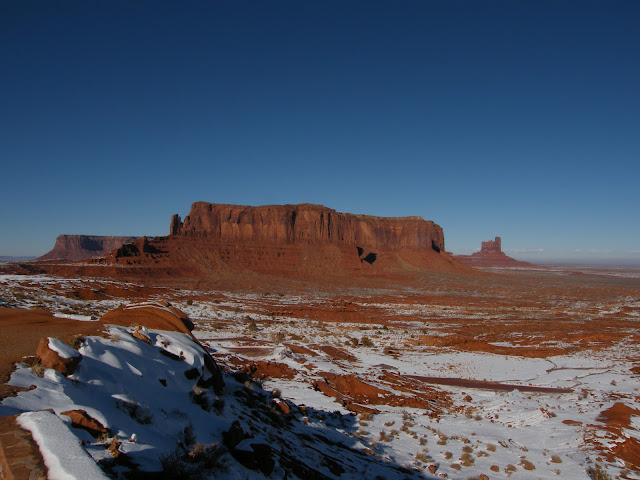 Monument Valley is definitely a must see.  If you’re heading out to the USA add it to your itinerary.
By Rachel Birchley