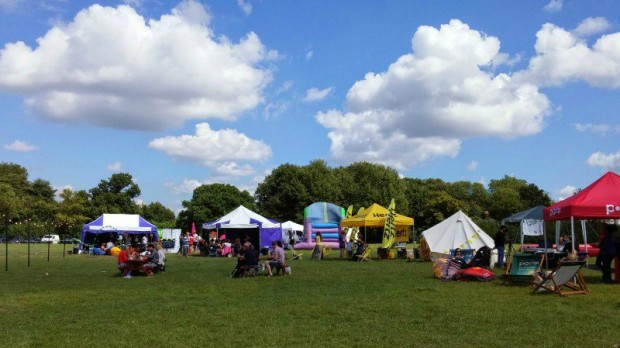 Last weekend was mainly spent in a field. But not just any field. This field is normally reserved for boot fairs and forms part of Aldenham Country Park in Hertfordshire.

Blogstock 2014 is the first blogging festival organised by Traverse Events. They normally organise the Traverse travel blogger conference but this year decided to do something different.

Blogstock was open to any genre of blogger but there were mainly travel bloggers there. It was really weird to see so many familiar faces, but of course they had no idea who I was. I’ve followed some blogs for ages so some bloggers are almost like celebrities in my eyes.

The compromise for my taking the car was having to drop hubby off at work Friday morning. Annoyingly this left me over 4 hours to do a 2 hour journey.

To pass the time I had a Maccy D’s breakfast and stopped at two motorway services along the way. I realised at South Mimms, when I saw the travel pillows, that I’d left my lovely pillow on the bed at home. Cue a wander around the biggest Tesco ever in Borehamwood.

I was still the first to arrive at the Blogstock site so I had plenty of time to pitch my tent and get settled in. An hour or so later, more bloggers began to arrive. Many turned up on the Contiki bus that was put on to convey bloggers from central London. Most of these people were staying in the already put up tents included in the tent tickets.

I am so glad I didn’t opt for this ticket. Seriously the smallest tents I’ve ever seen and they didn’t look very waterproof.

There weren’t many people on Friday afternoon and not many sessions. I attended two. 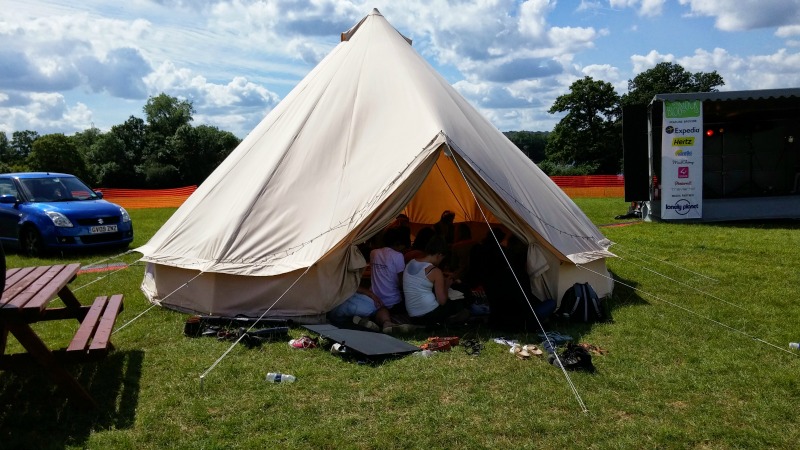 The first was hobby blogging to full time “pro” blogging with Helen Best-Shaw of Fuss Free Flavours. It was sweltering in the tipee but everyone was listening intently ready to learn as much as possible from a pro. Helen’s ranked #4 on the Foodie 100 list. The main takeaways were to be professional in all your dealings, ensure your site is up to scratch, make the most of your ‘about me’ page, and include the best possible photos.

I missed the start of the second session as the first overran somewhat. Alison Perry‘s talk in the Debate Tent was how to get paid to write. There were so many wanting to listen that more chairs had to be found. Alison talked us through how to pitch to editors. The best advice she gave was to focus on ideas and not to give up.

Just as I was about to tuck into my steaming pile of noodles and other yummy delights the rain came down. Little specks turned into sheets of rain accompanied by wind. Luckily, we were sheltered under a gazebo but the horizontal rain meant we were confined to a very small area.

Some other bloggers were under a very small gazebo and were trying to fight with some sides to keep the rain out but they ended up making a run for it. 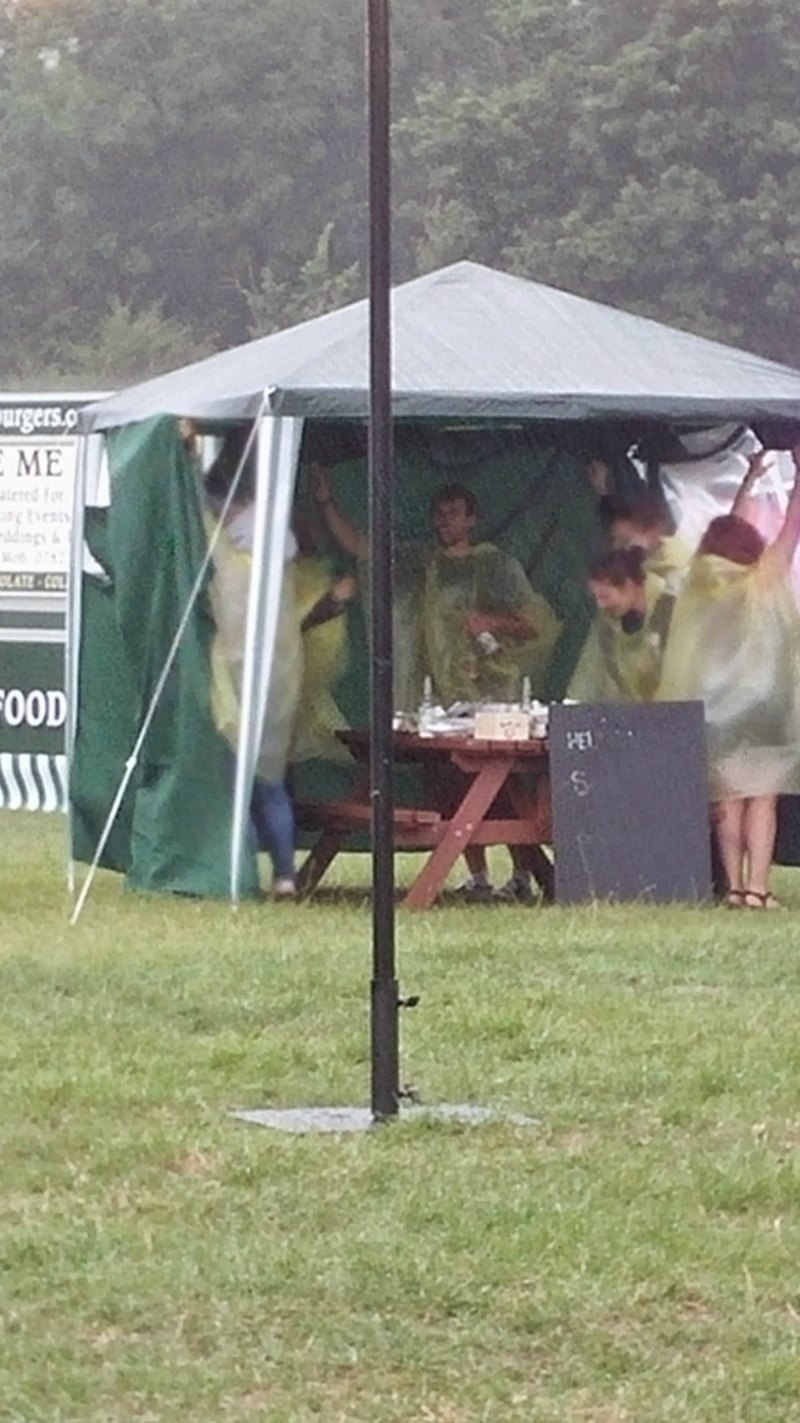 After taking it in turns with an umbrella, to get to the tents to find waterproofs and wellies, we headed to the disco tent. The marquee had turned into party central. The organisers were offering free drinks to keep everyone entertained and the DJ was on the decks. 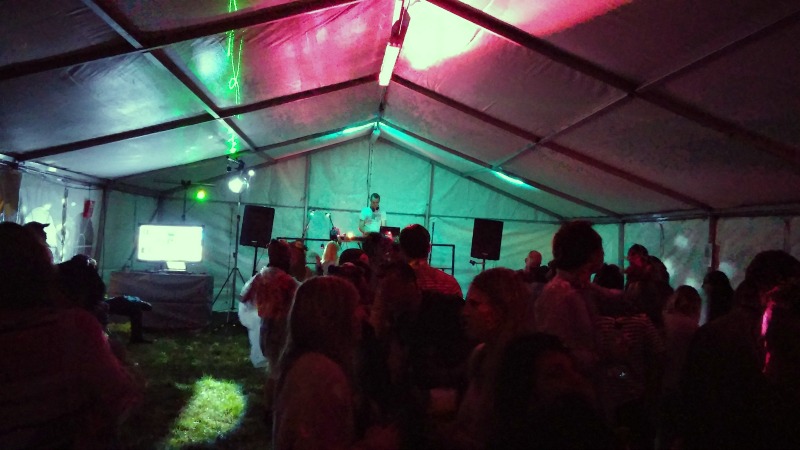 Being the party animal that I am, I went to bed at ten.

After a night of rain, I awoke on Saturday morning to pure blue skies. I was glad of my kettle and stove when I made a cup of coffee to enjoy while sat in my folding chair enjoying the peace and quiet while the rest of the campsite woke up.

To get charged up before the sessions I treated myself to a bacon and egg bap. It was awesome.

First up Saturday morning was getting noticed by travel brands presented by Alexis Sitaropoulos from Contiki. Basically, it seems the way to get noticed, by Contiki at least, is to get on YouTube. They’ve been working with YouTubers on campaigns since 2010.

Alexis told us that YouTube is much more than just a video hosting site. It’s where the audience is most engaged. In the last few years, there has been a huge increase in both audience and engagement. As a bonus, there’s great potential to make money on advertising.

It got serious for the next session: from blog to business by Rosie Slosek of One Man Band Accounting. Rosie helps bloggers, and others, to complete their tax returns and keep on the right side of the scary tax man. I think I left the session a little more confused than I was previously. I think an email might be in order to clear a few things up.

Back in the tipee, about thirty other women and I waited eagerly for Andy Jarosz to help us improve our skills in his session from blogger to writer. Andy has been blogging for many years at 501 Places and is a renowned freelance travel writer. He gave us a great list of things to avoid in our writing including empty words, marketing speak and bullshit facts. I also learnt that exclamation marks aren’t required if you’ve written your article well enough. Avoiding these could be tough as I am more than a little fond of the cheeky chaps.

Next, I was intending to go to another session but to be quite frank, actually not frank, hank. Hank Marvin to be exact. A cheeseburger and chips later and I was feeling much better and ready to tackle the Hertz track. 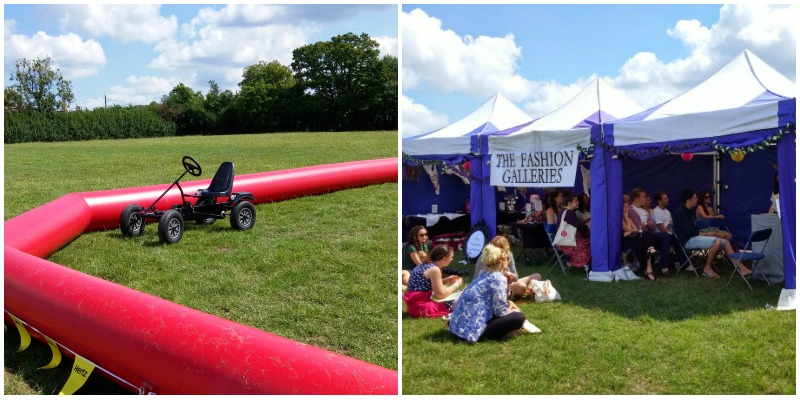 Now I thought I was pedalling pretty hard but I got the second slowest time on the race track. Very disappointing. I blame the fun practise laps.

Next up was do what you love by Jeannie Mark of Nomadic Chick. Jeannie had us meditating and imagining our own creative space. Everyone else’s space seemed to involve nature in some way. Mine was a cushion-filled den. I don’t even think there were windows. Not sure what that says about me.

Back in The Fashion Galleries, it was time to hear Monica Stott speak. I’ve been following Monica’s blog The Travel Hack for a couple of years so it was strange to see and hear her in real life. Monica’s talk was from fashion to travel: working with travel PRs and brands. Although I’m no longer focusing on travel blogging, travel is still my passion and I’d love to work with brands one day. Monica’s talk has given me something to aim toward. Unfortunately, it seems that the dreaded networking is required. I’m not one for schmoozing but it seems I might have to learn.

I didn’t really fancy any of the other talks so I just hung out with my new mate Emily. We bounced on the bouncy castle, attempted to knock down coconuts on the coconut shy and had our picture taken at the GENLOVE fair sponsored by Generator Hostels. It was great fun. 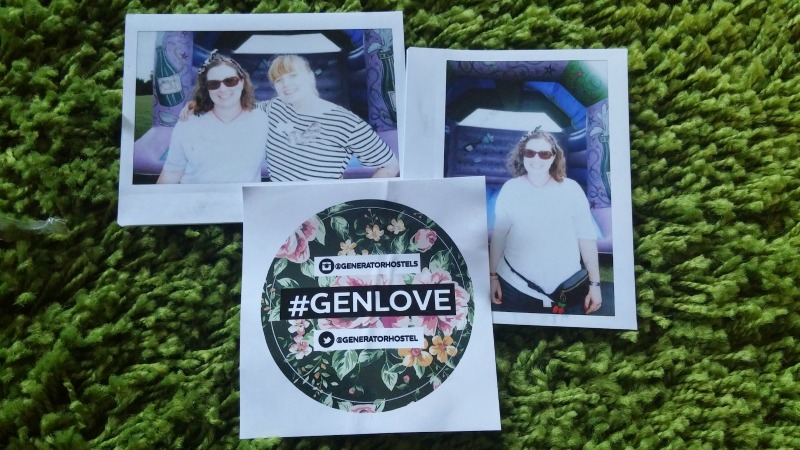 We also found the most comfortable seats in the field. The Expedia airline seats in the VIP area. We were asked to choose our dream destinations. Bit different, eh? 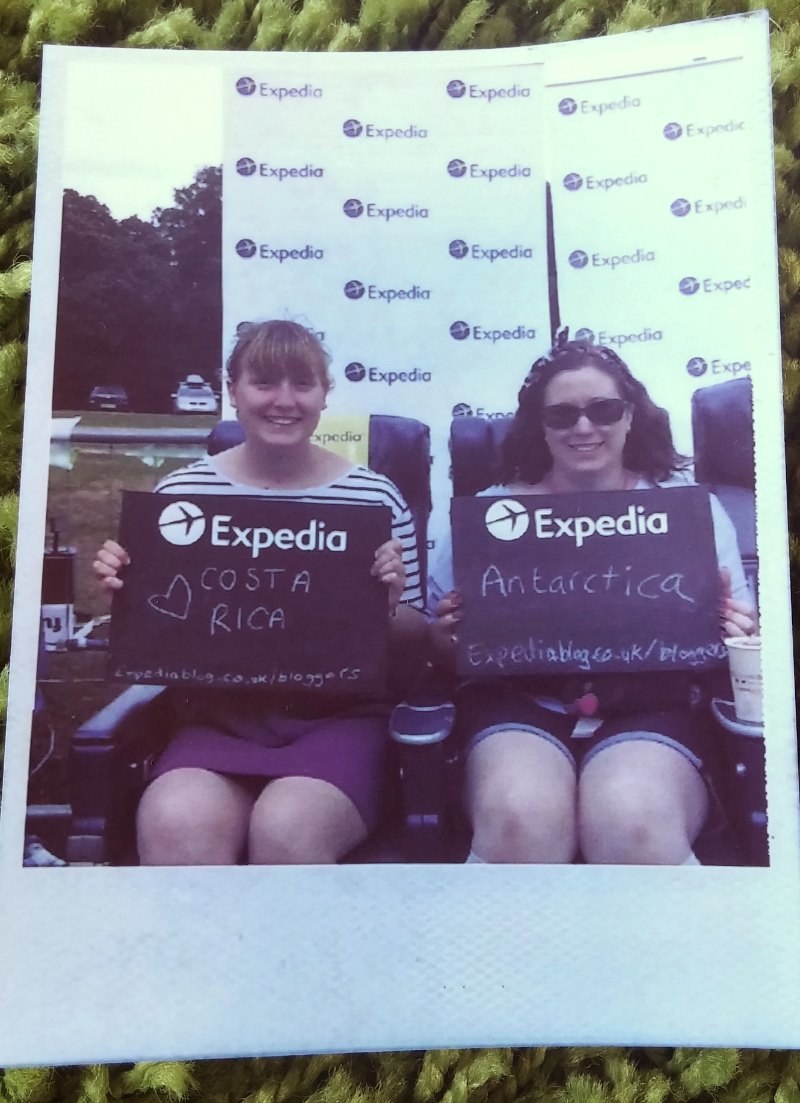 The last session of the day was the future of blogging debate on the main stage. Sitting in a field with rum cocktails on demand was awesome. All we had to do was tweet. Unfortunately, it’s also the last time I remember seeing my umbrella…

The evening was spent enjoying cocktails and chatting with new friends, Helen and Fran, before retiring to my cosy tent for the night.

The next morning it was raining. It was just drizzle until the time came to put my tent down. The rain starting really coming down as I was extracting the pegs so I hid inside for about five minutes. I had no idea how long the downpour would last so I thought “sod it!” and decided to just get out there and get the tent down.

The minute I stepped outside the tent, the rain came down even harder and I was soaked through to my skin within mere minutes. There was nothing I could do except laugh and carry on. I ended up driving home in my wellies, dripping wet.

Aside from being slightly soggy, it was a fantastic weekend. And, it’s given me the kick up the backside that I was after. Roll on Blogstock 2015!